In 2019, Brazil’s gross domestic product (GDP) growth was 1.1 percent, inflation and interest rates were at historic lows and the stock market hit record highs, growing 32 percent, as did M&A activity. The country was also the fourth largest destination for global foreign direct investment (FDI). And yet, the economy was losing steam by the end of last year, even before the COVID-19 headwinds hit, with downward volatility in the foreign exchange and equity markets the most visible signs. Jumping to the present, almost four months after Brazil began to deploy its health, fiscal and monetary toolkit to combat the COVID-19 crisis, dealmakers report widely varying levels of confidence in the strength of an economic recovery as the first half of the year drew to a close.

Despite robust, orthodox and generally well received headline fiscal and monetary packages totalling almost R$2 trillion, over 25 percent of GDP (pushing up Brazil’s public debt ratio to above 90 percent of GDP), it is widely expected that Brazil’s GDP will contract sharply this year, the consensus suggests a range between -3 to -6 percent, from a broad consensus of up to 2 percent in GDP growth at the start of the year. Inflation is projected to dip below 2 percent this year which has freed the central bank to cut interest rates to close to 2 percent currently.

Several indicators point to the fact that economic activity started to grow again in May. Industrial output rebounded and recorded its best reading since June 2018 in May. Retail sales also increased at a record rate in the same month. The Manufacturing Purchasing Managers Index (PMI) returned to expansion in June. GDP is expected to recover gradually in the third and fourth quarters. Despite a contraction in 2020, the projected recovery in the second half of the year will leave a carry-over of almost 2 percent for 2021 with projected GDP growth of 3.6 percent. Private savings and high liquidity also suggest the conditions are in place for a ramp up in growth. Optimism has raised Bovespa projections to over 110,000 points by the end of 2020, something that would have seemed extremely unlikely just a few months ago.

After hitting record numbers in 2019, with three consecutive years of growth, in H1 2020, M&A activity saw a 25 percent decrease in the volume of transactions and 61 percent in deal value, with a total of 514 deals and R$51.86bn in transaction value. The country follows the same trend currently seen in other parts of the world at this time of macro uncertainty.

In general, local companies have prioritised cost-saving measures and debt control, potentially impacting M&A strategies. The current mood in the market is neither risk-off or fully risk-on but rather optimistically cautious. Deals are still being done, at times fully digitally as per the new normal. However, with greater macro visibility the outlook is for deal flow to increase at an accelerated speed. Both ongoing transactions which are currently on hold and new opportunities created by the impacts of the crisis will be leading the recovery.

According to TTR, by the end of the first quarter, private equity (PE) funds recorded a turnover of R$1.5bn, which represents a decrease of 87 percent year on year. The number of PE transactions fell 16 percent to 41. In 2020, venture capital (VC) funds had a higher transaction flow and increased the number of investments by 17 percent year on year, with 131 transactions by the end of June, and a total investment of R$3.4bn. VC investments in technology increased by 31 percent.

In the first half of 2020, foreign investors agreed 92 transactions, a fall of 30.3 percent year on year, accounting for around a quarter of deal flow and total investment, with R$27.6bn allocated, a fall of 69 percent compared to the same period in 2019.

However, international investors are increasingly looking with interest at purchasing assets at reduced valuations due to the reais’s depreciation this year. The country’s much-discussed structural macroeconomic reforms need to get back on track to support long-term investor appetite.

The Brazilian government’s privatisation agenda could also support the economic uptick with asset sales expected in real estate, logistics and energy. Opportunities in special situations and distressed assets have increased over the last few months. The most targeted sectors in H1 2020 were oil & gas, information technology, real estate and financial services.

The recovery will not be uniform across all sectors and regions, though there are many companies that will come out of this period stronger.

Agribusiness. Brazilian agribusiness represents about 24 percent of national GDP. Agricultural exports hit record volumes during the crisis. Sector activity is benefiting mainly from the devalued exchange rate and by the current poor performance dynamics of other exporting countries, primarily in meat and poultry activities. After decades of applied research and innovation, both in production and agricultural operations, there are key investment opportunities in agricultural technology (AgTech) markets and in the internet of things (IoT). There will likely be greater consolidation in the distribution and logistics of inputs for agriculture, driven by PE funds.

Logistics. The geography of the country, combined with Brazil’s highway-based transport network, means that the offer of services is still highly spread out, both in terms of the number and representation of companies. Despite the recent movement of multimodal integration and storage and transport that has occurred in the past, there is plenty of room for consolidation in specific verticals. The current crisis makes segments linked to consumption, such as e-commerce and fractional logistics, increasingly attractive as investment destinations for local players. There are active buyers on the market, and at least two IPOs are expected by the end of 2020 – Sequoia and BBM Logistica. Another evident trend is the verticalisation movements driven by industries and companies in the retail of consumer goods, to become more agile in the logistics of serving the end consumer.

Education. The sector has already undergone several waves of consolidation over the last few years. In the first decade of the 2000s, consolidation was driven by the entry of significant investment funds in the industry and the subsequent IPOs of their respective investees, with a particular focus on higher education. Currently, there is a strong trend of consolidation among providers of primary and secondary education. Still quite fragmented, with 40,600 private schools and 8.4 million total enrolments, this segment represents approximately 54 percent of the national market, equivalent to R$67bn in annual revenue. Additionally, following the global trend, online education modality is on trend among the leading players, which now focus on integrating their operations and platforms, as well as seeking add-on investments.

Health. Individual and corporate private health plans in Brazil cover 25 percent of the population – around 55 million people. In terms of M&A, the main segments that have undergone consolidation in recent years were diagnostic imaging and hospitals with a focus on medical specialties, such as ophthalmology, cardiology and oncology. One of the biggest trends in this market is the shift in the relationship between insurers and service providers, hospitals and medical clinics. The pandemic caused the cancellations of many surgeries and elective procedures, the primary sources of income for these two sub-segments. In addition to the short-term effects, health insurers have been experiencing higher costs and have encountered difficulty maintaining the ‘fee for service’ models in their hospital networks. For these reasons, verticalisation is emerging as a key characteristic. In the scope of innovations and the emergence of specific opportunities, the healthcare and hygiene sector increased by 9 percent and saw 60 transactions announced over the first half of the year.

Consumer goods. Although there are companies that knew how to navigate the ‘digital moment’ better than competitors, such as Via Varejo (VVAR3) and Magazine Luiza (MGLU3), the consumer goods segment has been suffering from economic stress. Similar to many developed markets, there has been a decline in aggregate demand since March. As a general trend, there should be an increase in M&A transactions with a focus on distressed assets, at least in the short term, especially in segments most affected by the closure of non-essential services, such as hotels, bars and restaurants.

FinTech. After experiencing hyperinflation in the 1980s and more recent economic instability, the last few years have been marked by significant structural changes in the national financial market. The high degree of banking concentration, with five major banks representing over 80 percent of the market and the degree of previous regulation that came from the central bank, combined with recent initiatives to reduce the bureaucracy of some activities in the financial sector, created the ideal environment for the emergence of several innovative companies and challenger banks, such as XP, Nubank, Inter and EBANX. This year, the financial and insurance sector saw a decrease in the number of transactions by 29 percent.

Technology. In 2020, tech companies have attracted the most foreign investments. Despite this, since the beginning of the year, international companies have reduced their stakes in the technology and internet sector in Brazil by 24 percent. Since the beginning of the year, despite continuing to be the most active, the technology industry has seen a 14 percent fall, with 139 transactions announced.

Overall, the environment for M&A and PE activity in Brazil continues to be relatively solid, with a ‘back to business’ mentality present in leading investment firms as the focus turns to the recovery in the second half of the year. Capital allocation is, after all, a long-term game based on Brazil’s competitive fundamentals and opportunities. 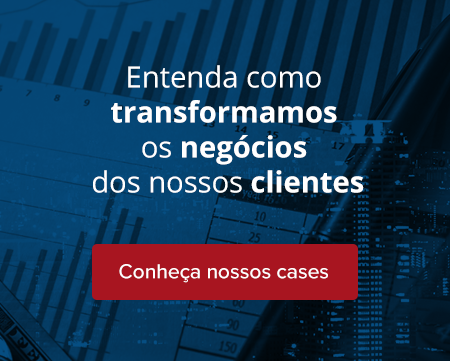 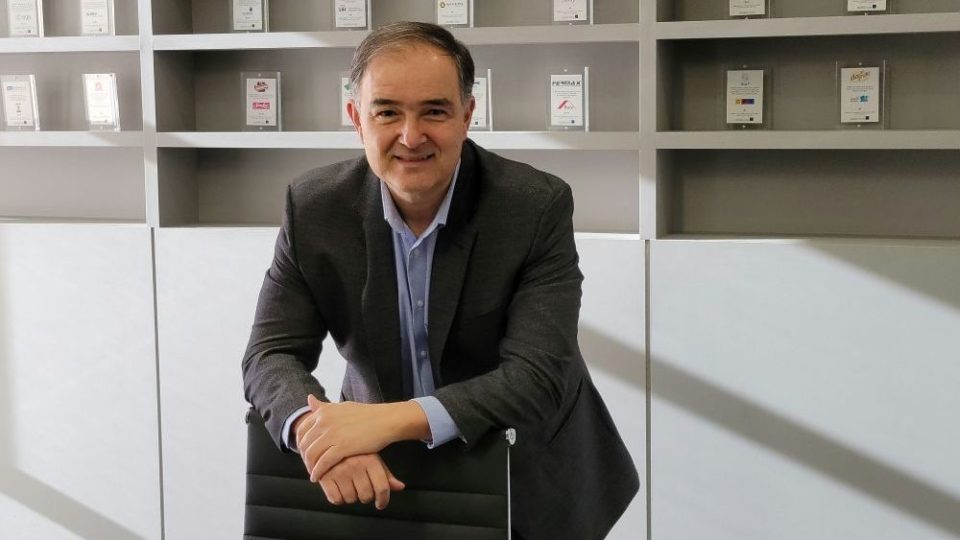 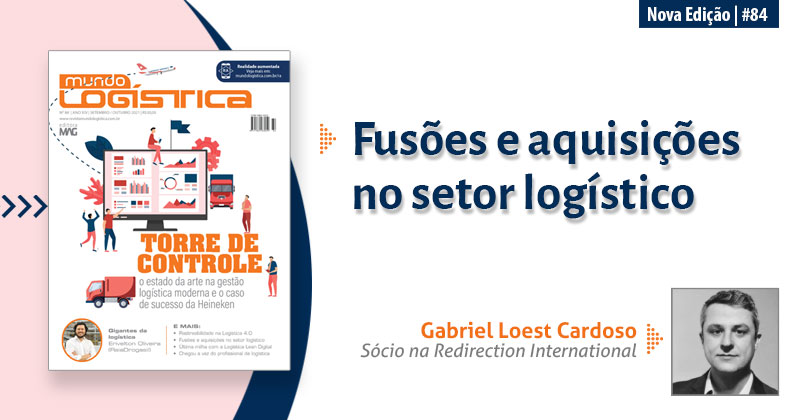 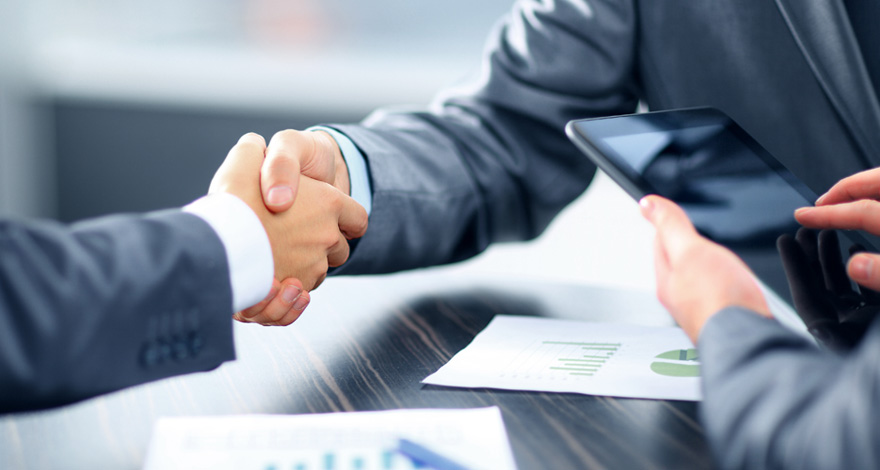